Luxury Italian hampers, Doorstep Deli
save up to 40%
from £9

Heavenly Devine Beauty Salon treatments
save up to 53%
from £12

BrewDog Castlegate burgers & beer
save up to 53%
from £18

Authentic Indian spice kits
save up to 30%
from £12

The Royal Musselburgh Golf Club
save up to 70%
from £49 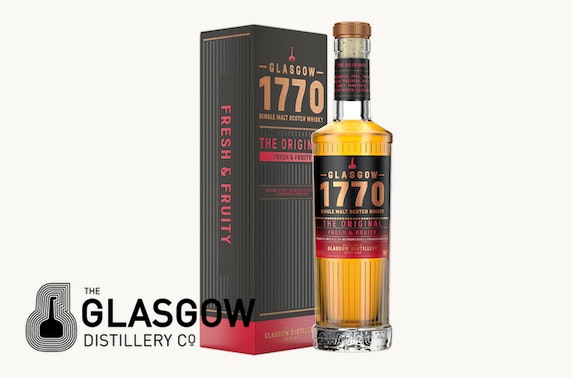 Award-winning 50cl Glasgow 1770 Single Malt Scotch Whisky from The Glasgow Distillery Company; as featured in The Scotsman, The Herald & Forbes - the perfect gift for Father's Day!

Voucher is valid until Wed 30 Jun 2021; subject to availability.

P&P is included and is UK wide.

Maximum delivery: up to 5 working days. This may vary due to COVID-19 restrictions.

Vouchers cannot be used in conjunction with any other discount or offer.

It is illegal for anyone under the age of 18 years to purchase alcoholic beverages in the UK. By placing an order you confirm that you are at least 18 years old.

The delivery times provided are approximate and do not guarantee a delivery date unless otherwise stated.