Marco Pierre White dinner & overnight, Newcastle
save up to 53%
from £99

Inveraray weekend getaway
save up to 41%
from £129

Cocktails delivered from In House Cocktail Club
itison
spotlight
from £35 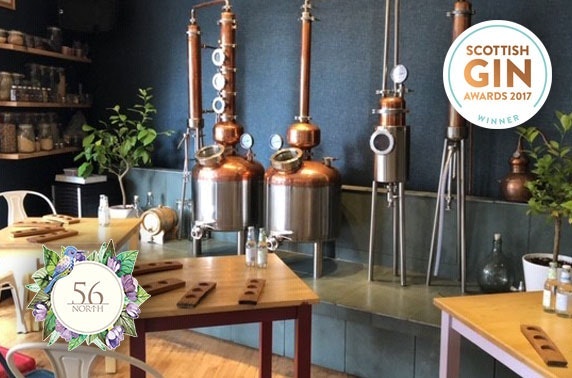 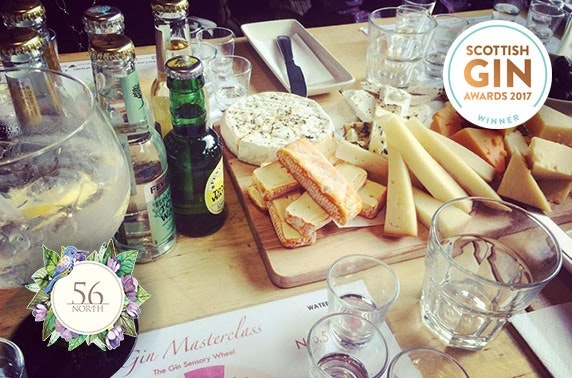 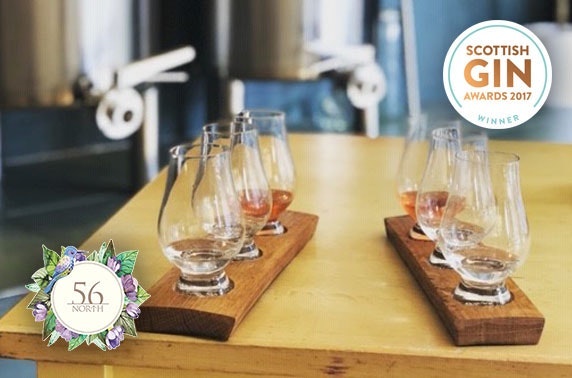 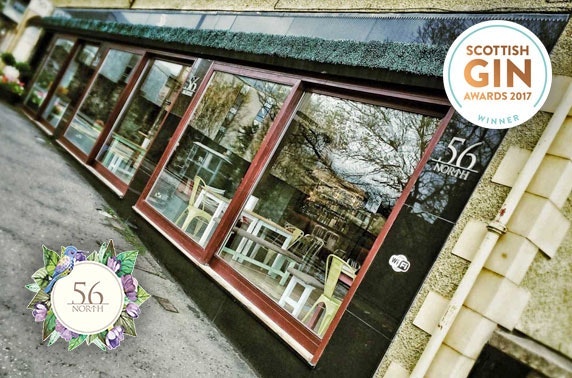 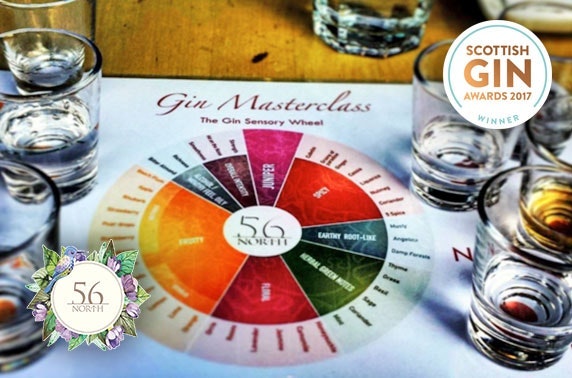 Gin stills tour for one with a G&T on arrival, 3 tastings plus a gin cocktail or upgrade to a Scottish Gin masterclass with 8 tastings & matching tonics plus paired Scottish cheeses at multi award-winning 56 North, Old Town – save up to 56%

It won’t be hard to feel gin-spired with today’s deal; you can embark on a fantastic gin tour at the award-winning 56 North in the heart of Edinburgh’s Old Town. Learn the secrets of distilling gin and work your way through delicious tipples with tasters as you go along.

With the gin stills tour, you’ll be welcomed with a G&T made from 56 North’s very own copper pot gin stills. Once you’ve enjoyed your refreshment, you’ll be guided through the botanical store where you’ll be able to see and try some of the ingredients used to create great gin. Once you’ve conquered the botanicals, it’s time to move on to the main event – the copper pot stills. Here you’ll get to sip on three more tasters of Distiller Edition Gins made on the premises, as well as a refreshing gin cocktail to round things off!

If you really want to get into the nuts and bolts of gin making, upgrade to a Scottish Gin masterclass and explore the unique history and distilling processes of Scottish gins. You’ll enjoy eight stunning samples paired with complimentary tonics, including Bon Accord and Fever Tree, plus a selection of Scottish cheeses.

56 North, situated in Edinburgh’s Old Town, is a stylish café and bar offering fabulous food, satisfying bar snacks, an extensive cocktail menu and a gin selection that quite frankly demands to be explored! The venue even distill their own brand of gin using an on-site micro-brewery; it’s hardly surprising that the venue was awarded Gin Bar of the Year at the 2017 Scottish Gin Awards. Having also been awarded SLTN’s Independent Bar of the Year 2016, you can bet these guys know a thing or two about creating a stir; come 9pm the lights go down, the music turns up and the bar transforms into a pre-club hotspot.

Gin stills tour & tasting for one with a G&T on arrival, three tastings and gin cocktail from the stills

Advance booking required. Voucher must be booked by Fri 12 July 2019 (we don’t want you to miss out!).

You risk forfeiting your voucher if you cancel within 24 hours of your booking.

Please note gins selected for each masterclass are subject to change.

Includes 10% off in the 56 North distillery shop.

Masterclass attendees receive 33% off the food menu if pre-booked to stay in the bar on the day of your masterclass; please discuss directly with 56 North, subject to availability.

The venue may restrict the number of itison bookings on each day so please book early if you want a specific date.

The beginning and end period of a voucher’s validity is always the busiest. We advise members to book well in advance to avoid disappointment.

Vouchers can be presented on mobile device or printed for redemption; please show your voucher on arrival.

56 North is one of Edinburgh’s most stylish bar and restaurants.  It sits in a prime location in the Old Town, and was voted Spirit Bar of the Year at the prestigious SLTN awards 2015 and Independent Bar of the Year in 2016.The bar stocks Scotland’s largest gin collection, with over 200 varieties adorning their shelves, making it the perfect spot for gin lovers.