Grazing boxes delivered, Edinburgh
save up to 22%
from £29

Champagne dining at Dine, City Centre
save up to 40%
from £49

Marco Pierre White dinner & overnight, Newcastle
save up to 53%
from £99

Mercure Livingston Hotel stay
save up to 41%
from £65

Willowgate Activity Centre, Perthshire
save up to 50%
from £12 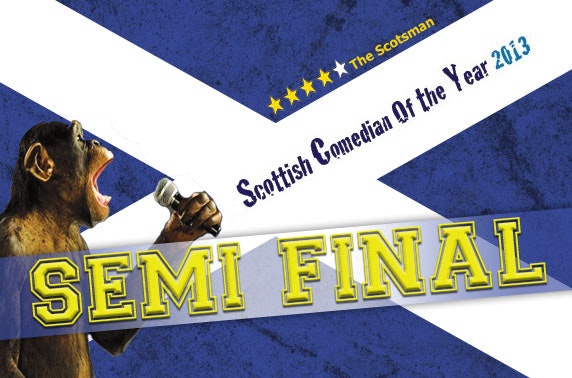 During the semi finals at Beehive Inn on Grassmarket, comedians will have 10 minutes in which to perform for both the audience and judges votes to secure a place in the Final.

Watch a video for more