Champagne Central, 4* Grand Central afternoon tea
save up to 50%
from £25

Gaucho Glasgow steak dining
save up to 36%
from £45

Mercure Dumfries Cargenholm House
save up to 41%
from £85

Cassie Workman: Aberdeen at The Fringe 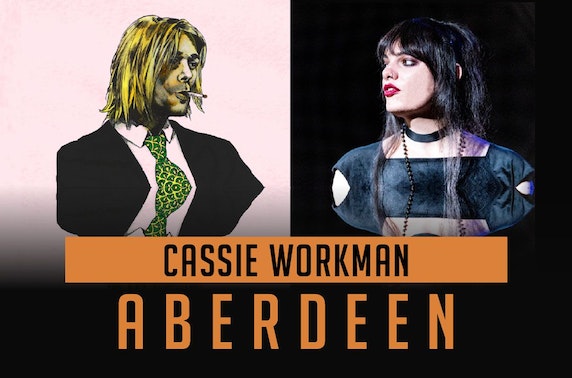 2 tickets to Cassie Workman: Aberdeen at The Fringe; celebrate the life of beloved grunge icon Kurt Cobain in this part fantasy, part biography show - Loved by The Matrix director Lilly Wachowsk - save up to 56%

Celebrate the life of Kurt Cobain with:

You can use your paperless ticket from your itison account on any mobile device. Printed vouchers are also accepted.

Cassie Workman: Aberdeen at The Fringe