Chauffeured trike tour & photoshoot
save up to 60%
from £99

Crunchy pea snacks - from £5 with free delivery!
itison
spotlight
from £5 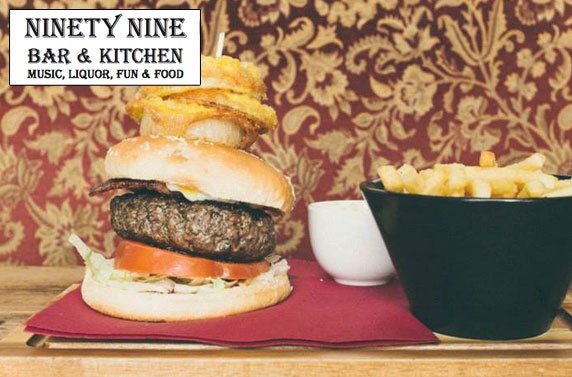 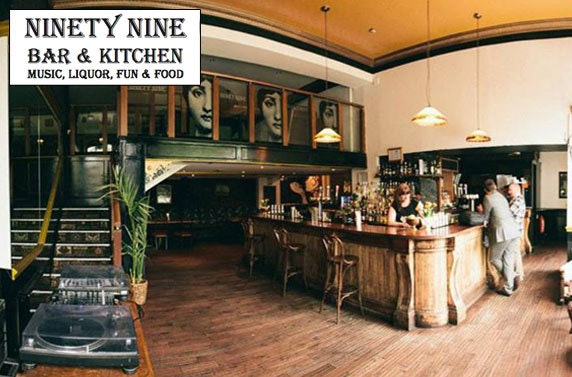 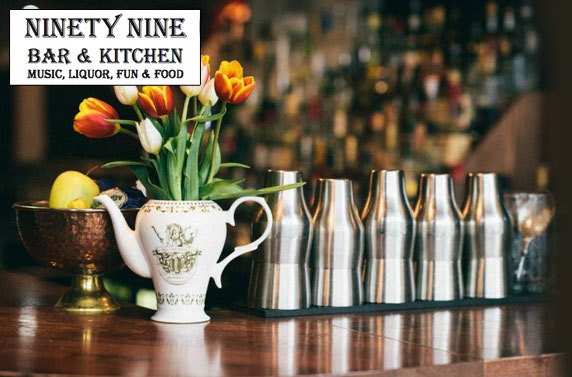 £13 instead of up to £27 for any two main courses plus a glass of wine each at 99 Bar and Kitchen – choosing from a range of pub favourites including sandwiches, hot dogs and burgers and more – save up to 52%

Putting a sock in it is all well and good but it won’t see you through till teatime and it’s likely to leave you with lint in your teeth.

Hot foot it to 99 Bar and Kitchen instead with today’s itison deal for any two main courses plus a glass of wine each for just £13!

That’s a massive saving of up to 52% on hearty pub food that that’s much better than chewing old socks.

99 Bar & Kitchen is one of Aberdeen’s coolest bars, situated in the heart of the City Centre, and today’s deal will see you and a dining partner enjoying burgers, hot dogs, sandwiches and more.

Choosing from an extensive gastro pub style menu including the ultimate steak burger with bacon, mozzarella and onion rings, hot dogs including Chilli Cheese and Mexicana or sandwiches including pulled pork and BLT, you won’t be left hungry!

99 Bar and Kitchen also serves up an extensive range of mouth-watering cocktails so it’s the perfect precursor to a great night out on the town!

Max of 3 vouchers per table.

If having a sandwich, chips are included and not charged as extra.

Wine can be substituted with a soft drink.

Wheelchair accessible, however, no disabled toilets.

One voucher can be redeemed per couple; multiple vouchers can be purchased as gifts.

Advanced booking required. The beginning and end period of a voucher’s validity is always the busiest. We advise members to book well in advance to avoid disappointment.

You risk forfeiting your voucher if you cancel within 24 hours of your booking.

Vouchers must be surrendered for redemption; please print your voucher and bring along with you to avoid disappointment.