get ready for Christmas

Climbing & abseiling, Stirlingshire
save up to 51%
from £49

Shearer Candles Golden Moments collection
save up to 52%
from £15

Mercure Aberdeen Caledonian Hotel, Union Street
save up to 39%
from £69 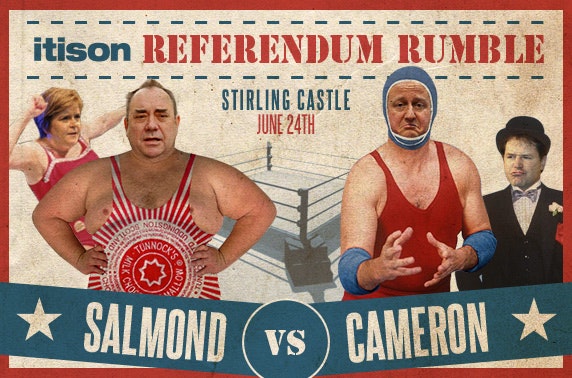 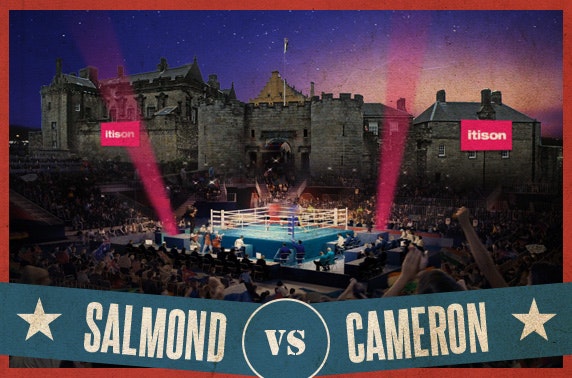 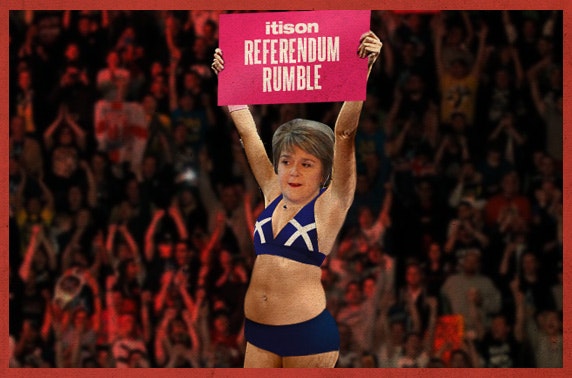 £8 instead of £100 for Salmond Vs Cameron in REFERENDUM RUMBLE - featuring Tag Team Sturgeon and Clegg - Live on Stirling Castle Esplanade featuring entertainment by David Bowie - 24th June at 13.14pm - save up to 92%

2014 is a big year for Scotland: The Commonwealth Games, The Ryder Cup, The MTV Europe Music Awards and, adding to the star studded year ahead, itison is excited to present: Salmond VS Cameron in Referendum Rumble LIVE on Stirling Castle Esplanade.

Get ready to rumble with one ticket to see the debate we’ve all been waiting for as Scotland’s First-Heavyweight Salmond takes on English Prime-Middleweight Cameron on 24th June at 13.14pm – all for just £8 (Scottish).

Hosted by everyone’s favourite Bipartisan Duo, Ant and Dec, and featuring a live set by Brit Award Winner and music veteran David Bowie, Referendum Rumble will see Salmond and Cameron go head to head in lycra on issues such as North Sea Oil, Pounds Sterling and import tax on Irn-Bru and Haggis.

Salmond will be joined Tag Team style by Nicola Sturgeon who, thanks to her previous European Championship level wrestling experience, is expected to make short work of her counterpart Nick ‘Calamity’ Clegg.

Tickets price includes a giant Referendum foam finger, a half-time Scotch and your chance to win the First Minister’s lycra ‘Rumble Suit’ designed by Christopher Kane in association with Ultimo Shapewear and sponsored by Tunnocks.

Voucher is valid on date shown on voucher.

Maximum of 1 purchase per person or animal.

Vouchers must be surrendered for redemption.

Voucher is not exchangeable for cash or valid with any other offers if indeed at all.

Tickets cannot be refunded unless the event is cancelled or found to be a hoax.

£8
SOLD OUT
SOLD OUT